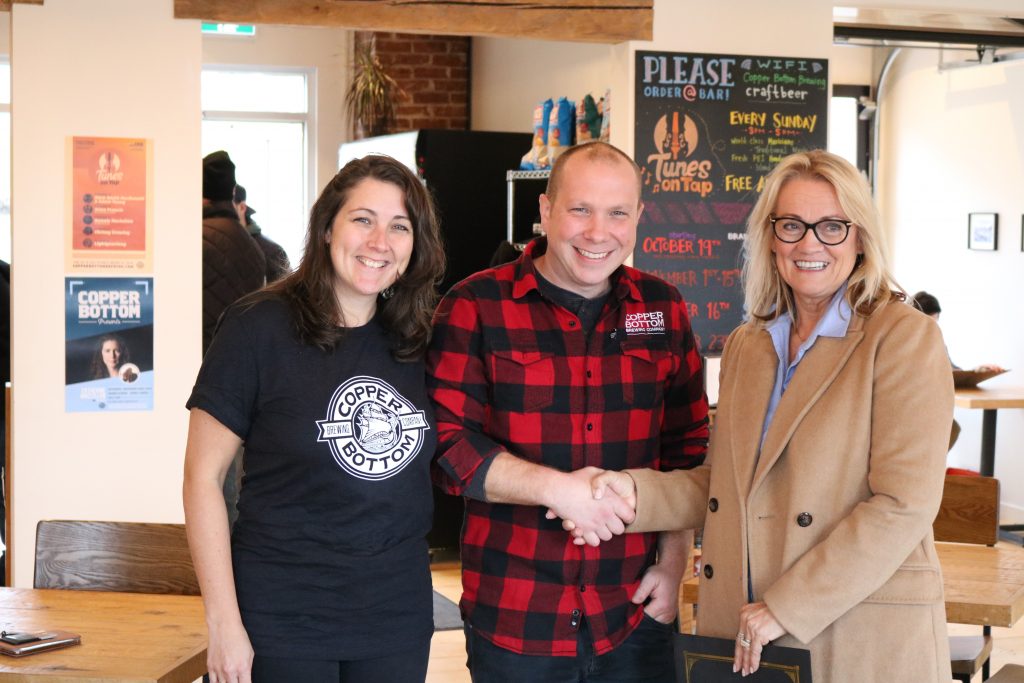 Something Great is Brewing

Copper Bottom Brewing is a craft brewery located in Montague, PEI, and owned by husband and wife team Ken Spears and Ashley Condon, both of whom share a passion for craft beer and music that spans more than a decade. While the brewery’s primary focus is producing exceptional craft beer, they have also strived to create memorable experiences through their taproom and the various initiatives that take place at the brewery throughout the year.

As plans started to develop, and the business itself grew, Condon stated they wanted to bring something unique to the brewery. They looked to her background as a musician to help. Since then, the brewery has developed its event programming significantly, having introduced Copper Bottom Presents, a monthly concert series. Copper Bottom Presents has featured several Atlantic Canadian award-winning performers, including Dave Gunning, Catherine MacLellan, J.P.Cormier, and Condon herself. The brewery also hosts songwriting workshops, community events, and a weekly event known as “Tunes on Tap”, which hosts a rotating cast of fiddlers and traditional musicians in the taproom every Sunday.

Copper Bottom Brewing’s passion for good beer and world-class entertainment has not gone unnoticed; they were nominated for Venue of the Year at the 2020 Music PEI Awards. “This has really grown, and it has really become a part of our identity, like a grassroots, sort of small-town community-centred place,” Condon says. “It’s like a community hall with alcohol.”

Since opening its doors to the public in November of 2017, the brewery has grown to employ fourteen full and part-time employees. It has since doubled its original production capabilities, with plans for further expansion in late 2019. A variety of Copper Bottom’s beer can be found in cans at all PEI Liquor stores, on tap at over forty restaurants across the Island, and at select bars in Nova Scotia and New Brunswick.

Copper Bottom Brewing attributes much of its success to the support they have received from CBDC PEI. Spears & Condon cite that the accessible financial programs and experienced staff have been integral in various parts of the business, whether it be through workshops, information sessions, or the numerous other resources that are available to small businesses. Notably, the HR support they have received has been instrumental in managing and retaining skilled employees.

“We are very proud of what Ken and Ashley have accomplished in such a short time.”, said Martina MacDonald, Executive Director, CBDC Eastern PEI. “Not only do we now have local access to fantastic craft beer, but now our region has a first-class venue to gather to share our local culture, which adds so much vibrancy to our community.”